Keeping the scene on its toes, last year’s ‘Search’ culminated in the November arrival of ‘ISOS’s first ‘winter edition’. With 2020 however, series-braintrust Black Hole Recordings have restored release balance to ‘In Search Of Sunrise’s force (they figured you could use the dependability!) As such, in early August – right as summer mainlines – the halcyon, season-seizing compilation series returns for its sixteenth entrancing quest.

Further anchoring this year’s ‘ISOS’ is Markus Schulz, who – returning for a third expedition – heads up its DJ contingent. Beatport’s biggest selling trance artist of the last 12 months Giuseppe Ottaviani’s also on board, bringing a clutch of his own exclusives to its middle disc. Completing ISOS’s 2020 commission (and in a selection many will see as overdue), the ever-so-chilled Roger Shah dons his Sunlounger gear to wheelhouse its third disc.

As ever DJ alchemy is central to the release, with three working as one to supply an incredibly cohesive ‘ISOS’-natured listening experience. Putting heart into their art, our dawn-seekers bring an extraordinary array of contemporary trance from both the established and the emergent.

‘In Search Of Sunrise’ is on stand, waiting to transport you to the most temperate, thermal musical places and spaces imaginable. And in this summer of all summers, that can only be a good thing!

Markus Schulz’s gets the ‘Search’ underway, and with (bold statement alert!) the most goosebump-popping, tear-in-the-eye-beautiful opening three ‘ISOS’ minutes ever. ‘Balearic Reflection’ is the track, Johan Gielen its creator and along-with comes a White Isle-facing precedent like no other. From there, well there’s no shortage of highlight supply. Markus’s new ‘ISOS’ treatment of Late Night Alumni’s ‘Empty Streets’ is quick to the laser, as is his and Adina Butar’s new teaming, on the eponymous ‘In Search Of Sunrise’. A few tracks further in Ferry Corsten’s ‘Tomorrow’ increases the heat, as does Grum & Natalie Shay’s shimmer-some ‘Afterglow’. You’ll also find much freshness from Markus’s Coldharbour cohort, with Dave Neven, Arkham Knights, Daxson, NOMADSignal and others cold-filtering their ‘ISOS’-themed best in the mix. Markus holds one of his biggest waves back till last, concluding his trip with his own box-fresh rebuild of the Emma Hewitt-voiced/Ilan Bluestone-produced wonder ‘Hypnotized’.

With his disc the one & only Giuseppe Ottaviani takes the opportunity to reveal some previously hidden artistic dispositions. If you’ve never seen the words ‘Giuseppe’ and ‘groove’ in the same sentence before… well, there you go! His ‘Search’ embarks through the rolling bassy vibes of ‘Carrying The Fire’ from Madis, some new Cressida goodness (on ‘If This Is True’) and The Thrillseekers/Hydra’s ceaselessly epic ‘Take Me With You’. ‘Not One Goodbye’ – Giuseppe’s desk-hot latest with Sue McLaren and his own solo ‘Spellbound’ meanwhile are but two of its midpoint highlights. They’re followed by some Manuel Le Saux majestics (‘Animus’ and ‘Butterflies’), along with some recent GO Music signings, including ‘New Horizons’ from Romania’s Starpicker. Giuseppe concludes his ‘Search’ with his purpose built ‘Sundown’, and in terms of a ‘handshake’ with the release’s final DJ, it couldn’t be more fitting.

We did suggest earlier that this ISOS was all back to its business-as-usual, however there’s one thing we neglected to mention. That specifically is the direction Sunlounger’s charted for his disc. Suffice to say if you absolutely, positively have to out-chill every other sunrise-searching mixer ever, there’s really only one way to go. Developing a unique ISOS heat of its own, for his, Roger’s delivered a drum-free hour and twenty. Over its pacific course, you’re going to hear the music of the scene’s foremost at their indolently chilled best. Paul van Dyk, Aly & Fila, The Thrillseekers, Stoneface & Terminal, Cold Blue and Giuseppe are just a handful of those that have had some languid rework love lavished on them. There’s plenty of Roger’s own productions incorporated too, with his ‘Hello Sunrise’ opening the mix and a new interpretation of last year’s poignantly-on-point ‘Save The World’ supplying ‘ISOS 16’s final word.

This summer needs a soundtrack more than most, and that soundtrack docks on August 7. ‘In Search Of Sunrise 16’ Mixed by Markus Schulz, Giuseppe Ottaviani & Sunlounger is available to pre-order/save here, now.

More links to listen the compilation 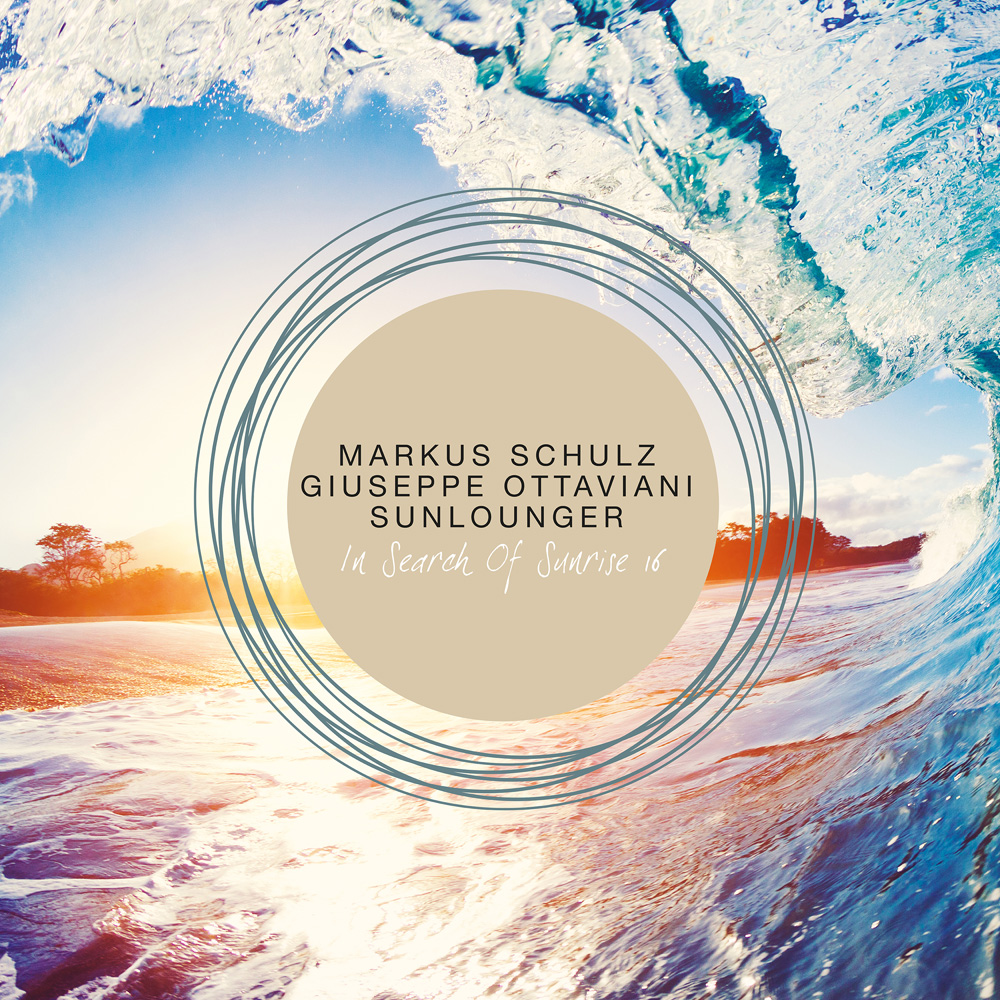