Above and Beyond presents Group Therapy 450 at The Drumsheds, Meridian Water, London, UK on 14th and 15th of August 2021 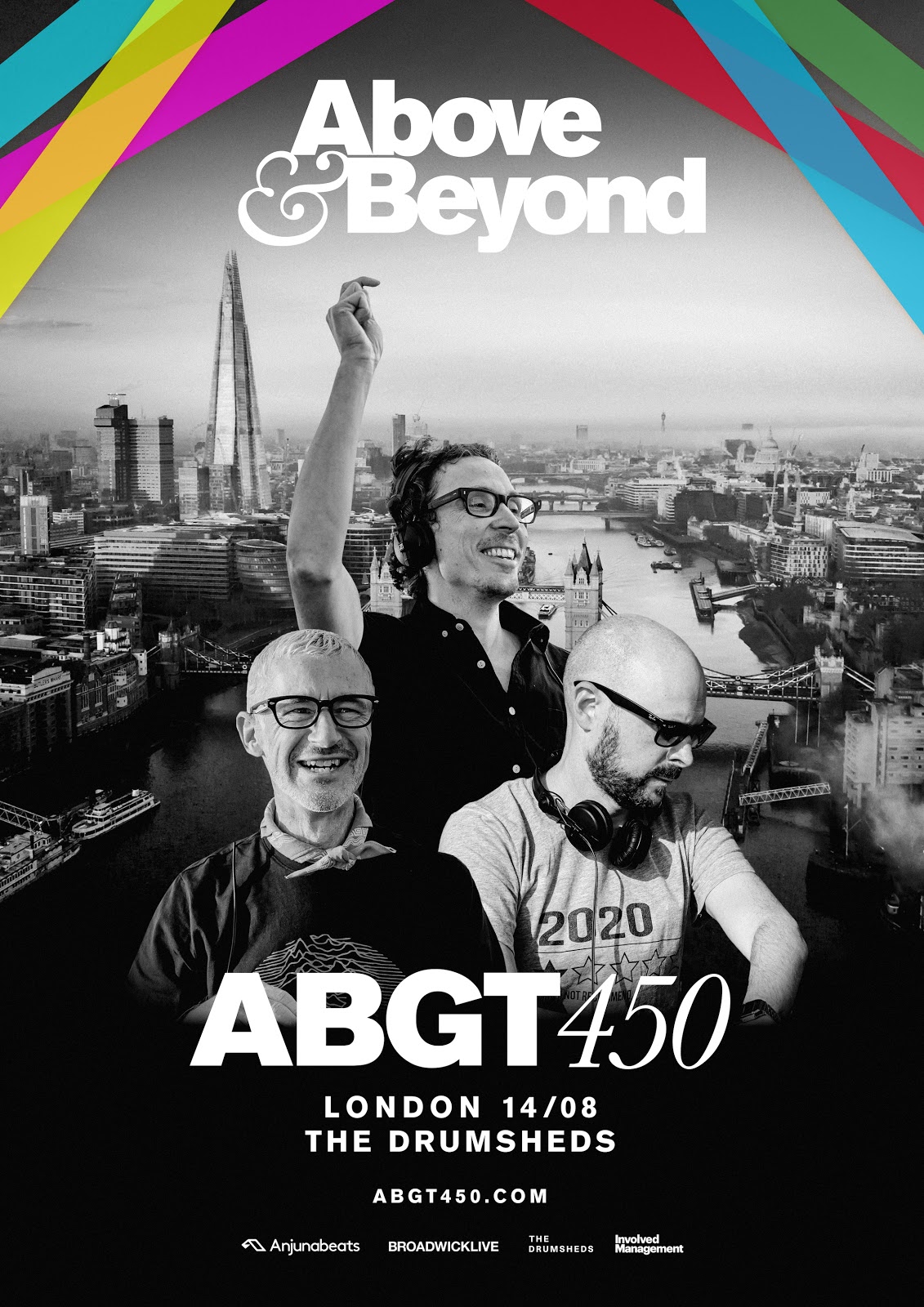 Above & Beyond presents Group Therapy 450 at The Drumsheds, Meridian Water, London, UK on 14th and 15th of August 2021

Above & Beyond celebrate 450 episodes of their long-running radio show, Group Therapy, with a two-day outdoor festival in their hometown of London.

his will be A&B’s first show with a live audience since lockdown began. The trio will be joined by rising stars and veterans from the band’s two record labels, Anjunabeats and Anjunadeep. Saturday will feature an exciting roster of upfront trance and progressive artists, while Sunday will celebrate the deeper, atmospheric sounds of Anjunadeep.

“Thrilled that our first time back in the saddle will be for one of the world’s greatest live music audiences. UK fans sing louder and dance harder than just about anyone. We can only imagine the energy they’ll bring after a year trapped indoors. Can’t wait for this one.” – Above & Beyond

Group Therapy 450 tickets will sell out and fans are encouraged to sign up for first access to presale tickets. Tickets will be available for both shows separately.

Pre-sale tickets will be available at 10AM on Thursday, March 25. Signup for tickets at ABGT450.com

Lineups to be announced.

Above & Beyond, or Jono, Tony and Paavo as they are better known to their legions of fans around the world, have been at the forefront of electronic dance music for two decades.
Founders of the iconic Anjunabeats and Anjunadeep record labels and hosts of a weekly radio show that reaches millions of dance lovers every Friday (Group Therapy), the trio have earned two GRAMMY nominations for anthems ‘Northern Soul’ feat. Richard Bedford and ‘We’re All We Need’ feat. Zoë Johnston.

Songwriters first, producers second, Above & Beyond’s unwavering commitment to their craft has fuelled a career that many electronic artists today might only dream of: four acclaimed studio albums, 14 compilation albums, two ‘acoustic’ albums and a stand-alone album for yoga and meditation – not to mention innumerable club cuts and dance remixes.

Broadcast worldwide every Friday night online and via FM partners around the world, Group Therapy Radio is a global phenomenon bringing two hours of the world’s best electronic artists to fans each week. The ABGT450 broadcast will be livestreamed online and fans will be able to participate in the show by posting to Twitch, Twitter and Instagram with the hashtag #ABGT450

A groundbreaking London venue featuring 10 acres of outdoor space with state-of-the art production and sound quality. Expect a metropolitan festival experience like no other. With its immense scale and dynamic format, The Drumsheds has broken the mould of traditional London venues, bringing a truly unique destination to the city and offering attendees an experience to rival Europe’s most revered music arenas.