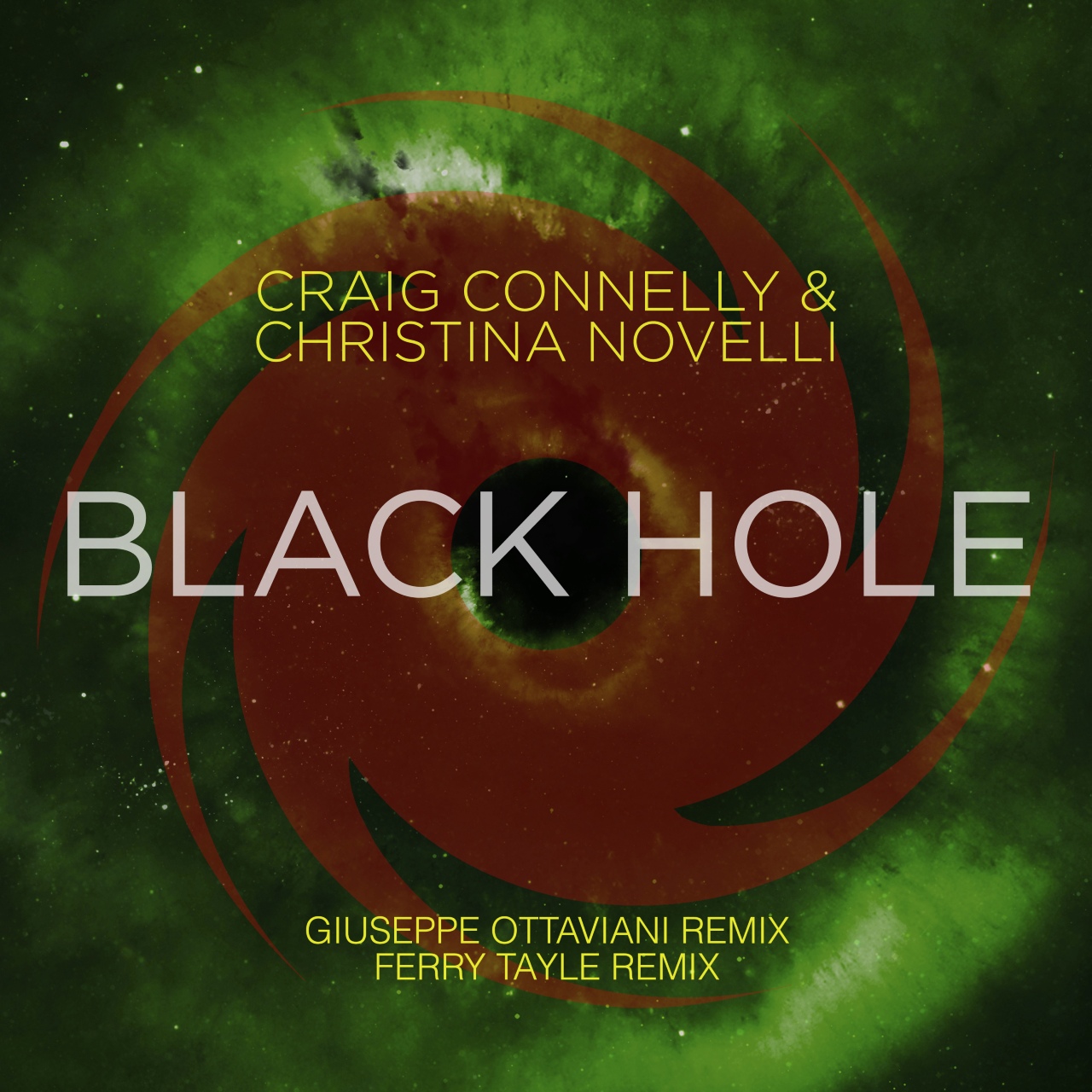 What better way to start 2K23 than spinning back ten years to a truly standout 2013 clubfloor moment?! And in perhaps another sign of the NY stars aligning, ‘Black Hole’ the track label-hops to Black Hole the label! Honestly, you couldn’t make it up…

While Craig Connelly has remixed Christina Novelli’s work on several occasions, ‘Black Hole’ remains the pair’s singular studio outing. It could be supposed that having achieved artistic perfection with their chart topping original, the pair had said all they needed to say. That however doesn’t preclude some remixers from adding fresh dancefloor outlooks to the track. And in that, Black Hole Recordings have rolled out the big guns!

Giuseppe Ottaviani and Ferry Tayle are the remixers so-tasked and between them, they’ve brought many a new ten-years-later aspect to ‘Black Hole’.

First to the fore, Giuseppe pitch-bends his rework, maxing-out its peak-time floor penetration. With its rolling bassy resonance, the Italian adds warping FX and distortion, speeding it towards the drop. There, some of the darker senses of Christina’s ‘Black Hole’ lyrics manifest, ones that Ottaviani swiftly balances through euphoric snare, synth and string.

Panning away from out-and-out uplift, Ferry Tayle shifts the remix focus to what he does best … and masses those goosebump-inducing melodies and harmonies for his rework. In his hands, Christina’s song hits the most optimistic of notes and as his ripping sub-riffs join them, ‘Black Hole’ clears the break to set up another stunning early ‘23 clubfloor moment.

Take a trip through not one … but two Black Holes here from today.