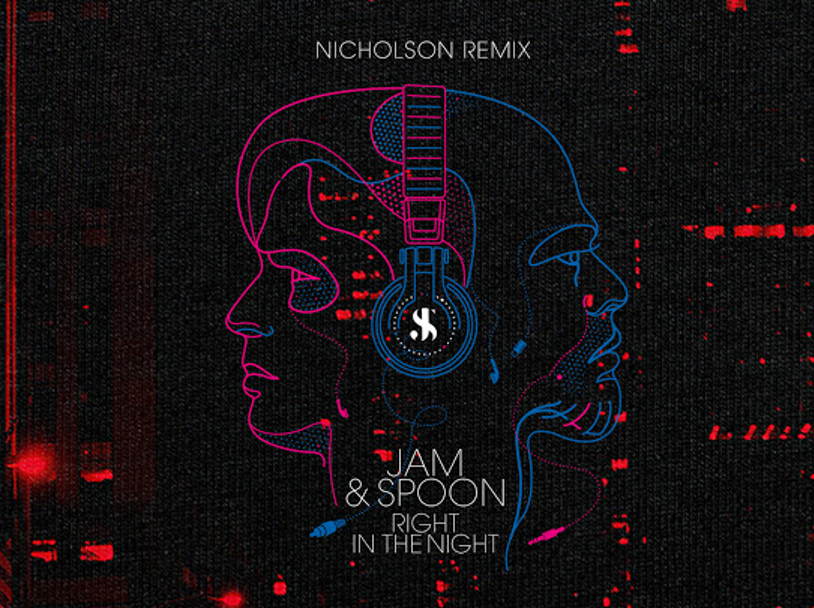 OUT NOW VIA BLACK HOLE RECORDINGS

Adding to an already unparalleled 2020 discography, trance veteran Carl Nicholson returns to deliver a heart-fluttering re-work of Jam & Spoon’s 1993 hit ‘Right in the Night’. The latest offering from the pioneering producer follows in the footsteps of his releases from earlier in the year like his re-work of Jens’ ‘Loops N Tings 2020’, his remix of Bush Babies’ ‘Delicious’, and original productions ‘Dirty Lil B*stard’ and ‘Inflicted’. Out now on Black Hole Recordings, the Nicholson remix of ‘Right In The Night’ is available across all streaming platforms.

The exotic Middle Eastern rhythm and flair from the original is left much intact but is accentuated by Nicholson’s signature heavy synth-laden sensibilities. Plavka’s profoundly rich vocals are still very much present, fitting in perfect unison with the new vigorously energetic tone of the track. His previous rework of Jens’ ‘Loops N Tings 2020’ impressively charted Beatport for several weeks, peaking at the 3rd position and setting a high precedent for his take on ‘Right in the Night’. Shifting the tune stylistically in a more percussively driving direction, the remix stands on its own as a grandiose testament to how epic in scope and compelling in nature trance as a genre, and dance music as a whole, has become since the early ‘90s.

Carl Nicholson is a certified master of trance, with over two decades of experience producing and DJing. An accomplished tastemaker, the London native began performing at underground events where his name began to rapidly gain traction. He would later go on to host multiple residencies and tour, building a name for himself in the hard trance scene for several years. Nowadays, the dynamic musician consistently releases new work, with his productions featured on labels like Perfecto Fluoro, Blackhole Recordings, and Universal Nation. He also has received key support from the likes of industry mainstays such as Armin van Buuren, Paul Van Dyk, and Ferry Corsten.

His new upcoming highly-anticipated album Reverent is slated for release later in the year, and directly follows his immensely successful full-length album Glorious from the beginning of last year. In the interim, his groundbreaking re-work of ‘Right in the Night’ should tide over dedicated fans.

More links to listen/download the track