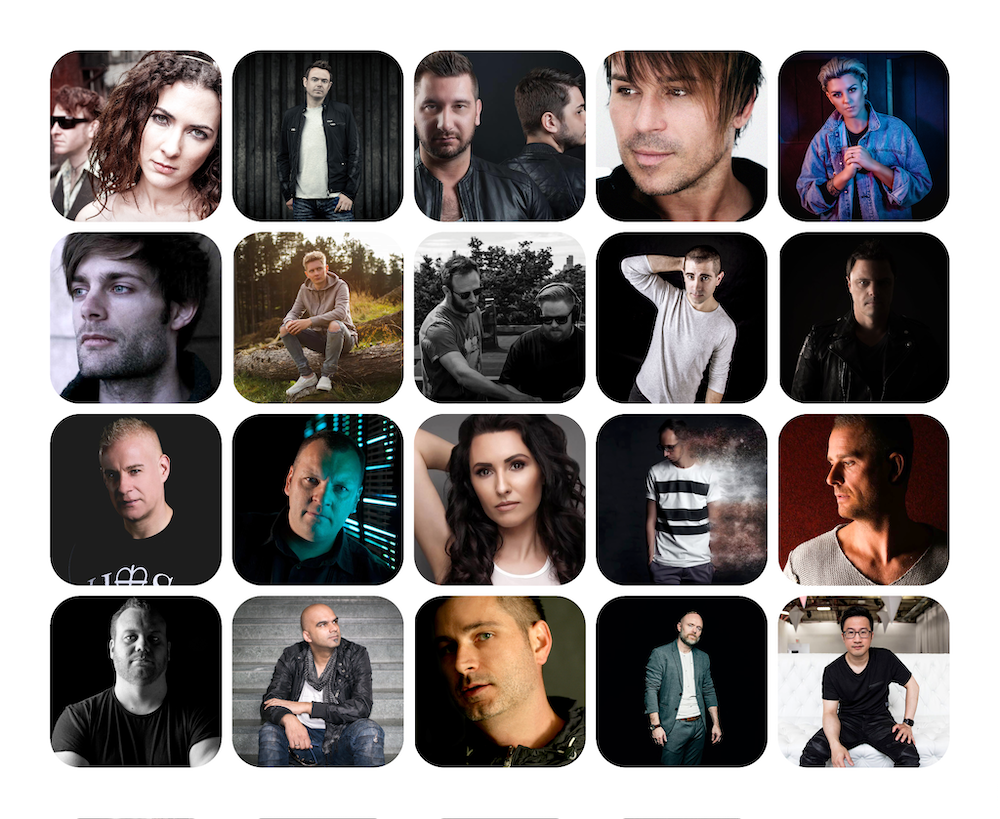 A new kind of music app that allows anyone to remix music created by your favorite dance music artists on a phone with the swipe of a finger.

What if the music was never finished until YOU played it?

Music and the way it is experienced is always evolving. Our drive to personalize our own experiences has pushed innovators to find creative ways for us to change the music to our own shifting moods. Earlier formats like tape, vinyl, and CD provided us many years of nostalgic memories. These days, most of us turn to playlists and streaming services to create our own soundtrack for our lives. But what if the music was never finished until you played it? It’s now possible to ‘modify’ music as you hear it.

Conceived and designed by electronic music producer/DJ and technology pioneer Josh Gabriel (one-half of the legendary GRAMMY-nominated electronic music act Gabriel & Dresden), Modify Is a new kind of music app that allows anyone to remix in real-time music created by your favorite dance music artists. Simply by using your fingers on the touch screen of a phone, you decide how the music should sound.

Modify is all about interactivity and all songs are remixable. Any user, can in a few short steps, add their own remixable song, browse the existing library for familiar artists and make new discoveries. One of the most important features of Modify is the ability to grow a community around a meaningful connection of artists and fans. To allow new artists to emerge, fans to have new exciting experiences, and to show respect for everyone and the creative process. You’ll feel right at home with the intuitive interface featuring a Feed, Discover, Library, and Account section. You can Follow, Like, Comment/DM with other users and every member of Modify can post.

“I’ve been working since the 1980s experimenting with different ways for people to use simple controls to create and manipulate music in real-time. Being a DJ//producer/songwriter for the past 20 years has given me the opportunity to meet music lovers all over the world and understand the power of music to connect people. Modify was born out of the idea of giving the joy of making and creating music to people with a passion but no musical or technical experience. We have had interactive “movies” in the form of video games for decades now, but no equivalent currently exists for music. Our hope is to pioneer interactive music/visual experience to give music fans unique control over the music they love” – Josh Gabriel

Help Modify come to life with your participation as a Kickstarter backer. The funds raised by this Kickstarter will allow for the completion of the final stages of development and bring the App to the iOS and Android stores. Click here to learn more about Modify and to choose from a variety of unique rewards offered by the project creator for backing the project.

ABOUT JOSH GABRIEL THE CREATOR

Josh Gabriel started his personal journey toward innovation with technology and interactive music as a 20-year-old exchange student at the Institute of Sonology in the Netherlands. That lead him to invent and co-found Mixman Technologies, Inc. which pioneered interactive music back in the 1990s! Originally desktop software and eventually hardware, Mixman allowed music fans to create remixes and to make music on a PC.

Modify is the culmination of over 25+ years of experience with remixable music. As a DJ and member of Gabriel & Dresden, Josh has performed in over 40 counties and shares that perspective with a dedicated team that has been working hard to make Modify a reality.