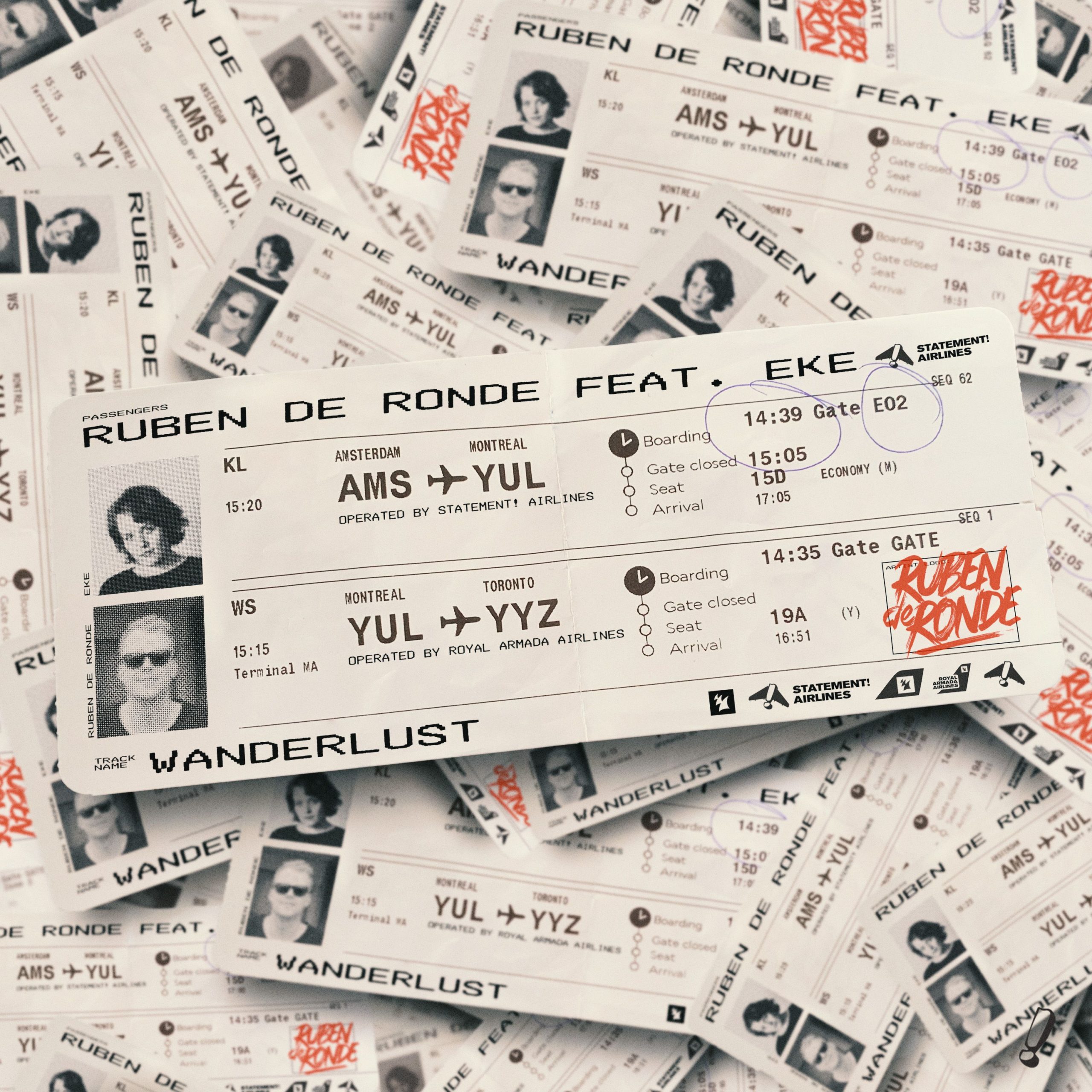 The days when we were all globetrotting, sightseeing and visiting festivals abroad seems like a distant memory now. It has caused an aching desire within, making us reminisce about the times when we were free to wander the world with the ones we hold dear. That feeling, that urge to get out there and discover our own form of paradise in places unknown, takes center stage in Ruben de Ronde’s brand-new single ‘Wanderlust’. Already premiered by Nicky Romero in his Protocol radio show, this collaboration with upcoming Dutch singer-songwriter EKE is everything but a typical release from the Dutch DJ, producer and Statement! label boss.

he first new single to pop up after last year’s release of his ‘Different’ album, Ruben de Ronde’s ‘Wanderlust’ (feat. EKE) instantly resonates with a lot of people in these strange times. With a dreamy, vocal-led original version and a highly melodic, full-force, ‘A State Of Trance 2020’-featured remix from rising star Eugenio Tokarev, this release reflects upon the desire to explore whilst enticing listeners to break out of their comfort zone on a musical level. It’s a record for everyone out there who feels confined, even more so because ‘Wanderlust’ was created in tandem with his fans through his Twitch channel.

Ruben de Ronde: “The last couple of months have been challenging for many artists. We are used to travel a lot, to see places and meet the most amazing people. ‘Wanderlust’ is really the story of missing that feeling of travelling. The most special part about this track is that I made it in front of many people that have that same feeling: my Twitch following. Streaming the production, and sharing the process of the creation really brought something special to ‘Wanderlust’.”

EKE: “Now more than ever, ‘Wanderlust’ symbolizes the craving for freedom. It’s about breaking away from ordinary life and wanting adventure, whether this means exploring new chapters in life or wishing you could take off in a plane and travel.”