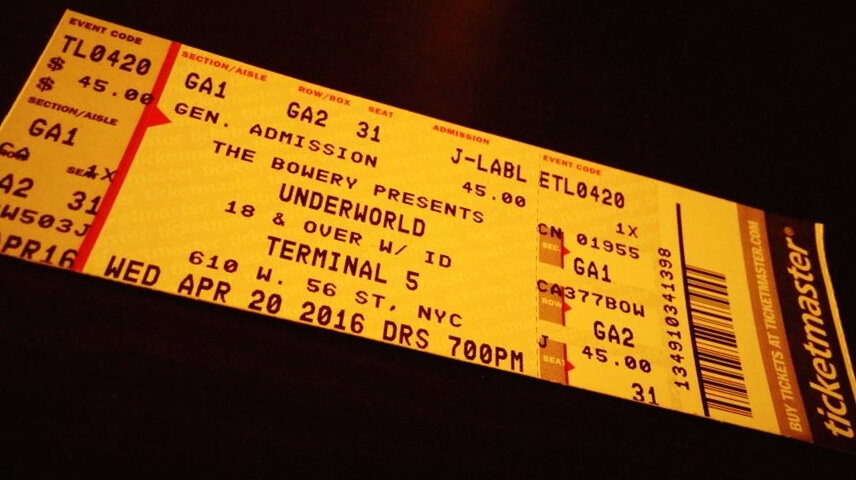 There’s really no excuse for the length of time that Underworld has been away from New York City, but their show was so amazing I totally forgive them. They played at Hammerstein Ballroom in 2002 and then returned in 2007 and played at Central park with James Holden. It’s been nearly a decade and this performance was long overdue. To any true Underworld fan the fact that it was a Wednesday night meant nothing and it would not deter them. Since they hadn’t been to New York in such a long time it was definitely a “can’t miss” event in my book, otherwise I would be dealing with major FOMO right now!

Full disclosure; I’m ashamed to say I haven’t listened to their new album yet but I attended in hopes of hearing some of their classics. I think Terminal 5 was a good choice of venue for this event. It was convenient because doors open early there so you can get your party on without having to stay out too late and be a mess at work the next day. 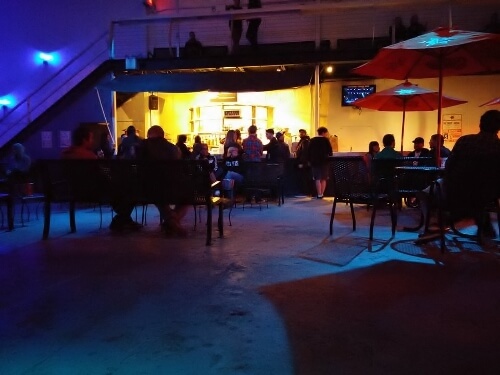 Doors opened at 7 PM and JDH and Dave P from Fixed warmed up the decks. They played a few different styles of music and were crossing over genre’s frequently. I think they were trying to get a feel for what the crowd would dig.  I was informed that Underworld would be going on at around 9PM so I ventured to the rooftop area to meet up with some friends. Since the weather is getting warmer the bar on the rooftop was open this time and they had some more laid back music playing up there. I did not see a DJ so I have no idea where the music was coming from. I only knew that it was different than what the openers were playing in the main room. The best part about this area is that you can get a drink very quickly and there several private restrooms with no lines. 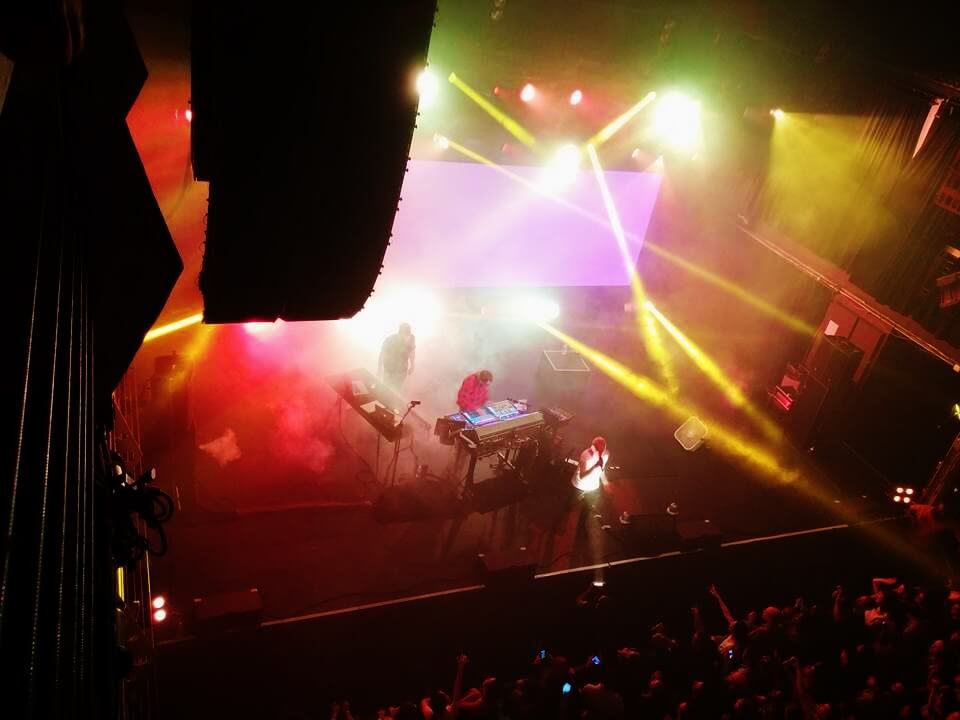 I was very excited for Underworld’s performance because they had played at Coachella the weekend prior to this and I heard a lot of great buzz about the show. Underworld took the stage about ten minutes before 9 PM which lead me to believe they were eager to begin their performance.

They started off with a new track entitled “I Exhale” which is the first single off their new album “Barbara, Barbara We face A Shinning Future” which was released in March of this year. Then they mixed it up and bit and went right into playing so many great classics off of the “Everything Everything” album and even one from “A Hundred Days Off”. Some noteworthy tracks were “Juanita”, “Two Months Off”, “Rez” right into “Cowgirl”, “Eight Ball”, and “Dirty Club”. No, I am not some track ID super genius. The titles of the tracks were conveniently displayed on the LED Screen behind them. I was thankfully to be able to hear a lot of these tracks live once again. They brought back some really great memories for me from my earlier clubbing years. 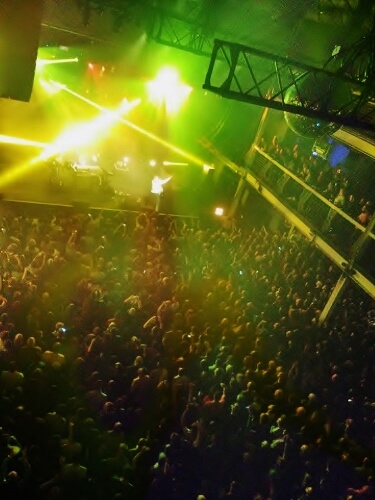 After all these years Underworld is still a class act. Karl Hyde has and incredible amount of energy. If you could bottle it up and sell it you’d be rich. He was dancing and jumping around the stage for the full duration of their 2 hour set time, and that was all while singing the vocals.

The night would not be complete without hearing their most popular track which gained it’s notoriety from the “Trainspotting” soundtrack. Yes, I am talking about “Born Slippy”. They played it as their last track at about 11 PM which was quite predictable, but also a must. I don’t think anyone would have left this event very satisfied if they didn’t hear it. A friend of mine actually captured the moment in it’s entirety, so I share that with you below. Video provided by Karyna Meow and recorded by Martin Lopong. Enjoy it!