Trance Central is bringing you the legendary vinyl only brand WAX FORMAT to Australia for the first ever time. Known as the clubbing equivalent of a time machine, expect to be transported right back to glory days of 1999!

Taking over Room 680 in Melbourne on 22nd March and then the Civic Underground in Sydney on 23rd March, this 100% vinyl only step back in time experience promises an epic night of classic tracks and beats.

Headlining we bring you a true pioneer and legend in Trance – The Thrillseekers. Responsible for some of the most iconic trance and dance tracks of all time, such as Synaesthesia and Hydra – Affinity, this will be a truly special night and a rare opportunity for you to see Steve play all his original tracks on vinyl – a truly magical thing!

Supporting Steve, also all the way from the UK is Sam Mitcham. Sam made his name rising the ranks in the UK and Ibiza scene, eventually gaining a prestigious residency for the worldwide super-brand Godskitchen and becoming a crowd favourite there. He is also very well known for his love of vinyl and epic vinyl only sets, so Trance Central is excited to bring him to Australia for his debut.

Next up are trance legends Binary Finary. Hot off the heals from celebrating and touring for this 20th Anniversary for 1998, this event will see them play the trance classics they are known for. It’s not often Binary Finary play a vinyl set, so this is one not to be missed.

Wax Format is landing in Australia, and it will be the highlight of the year!

Buy tickets from Ticket Booth for: 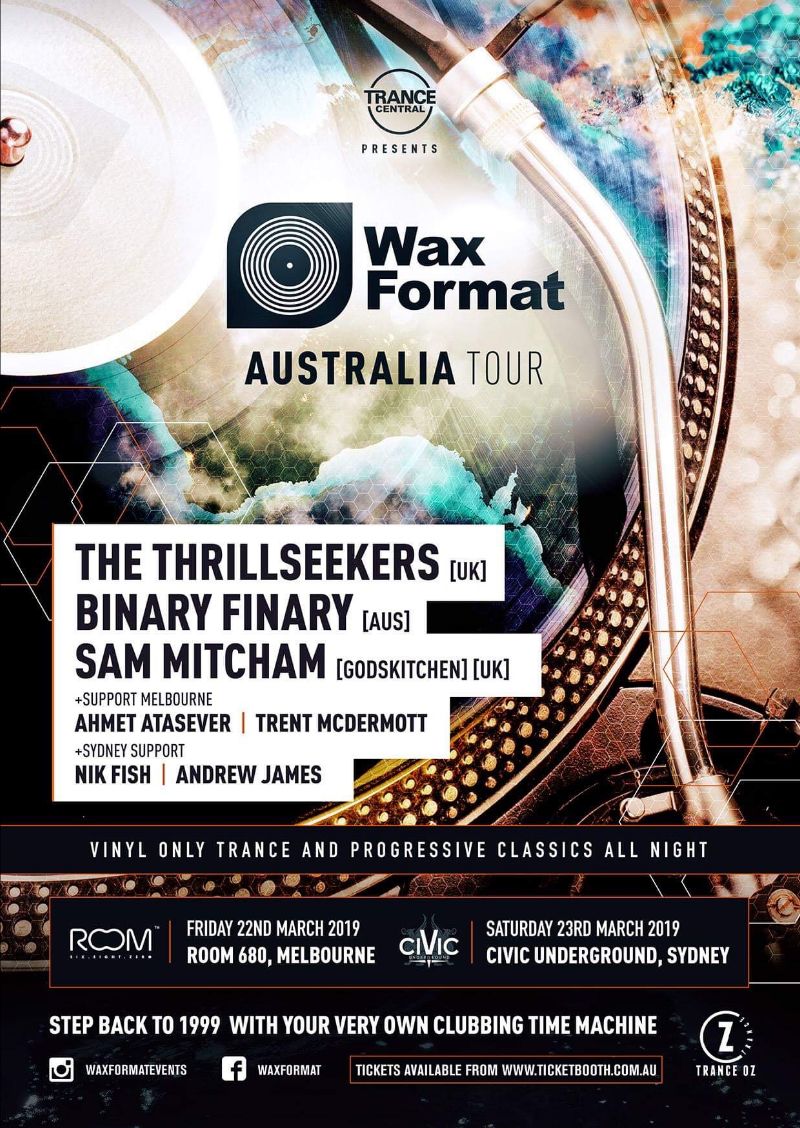