Above and Beyond Play Sold Out Show at Barclays Center 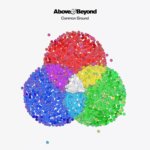 Above & Beyond Play Sold Out Show @ Barclays Center

Above and Beyond brought their “Common Ground” tour over to Barclay’s center in Brooklyn on Saturday January 27th, and we were excited to be in attendance. We arrived to be welcomed by a fully prepared and well staffed venue which escorted the crowds through the doors safely, and efficiently. It was a pleasure to be greeted by such professionalism, and the night went smoothly from the start.

The vendors were all set up and fully stocked with food and beverages. It’s nice to have the option to grab a quick bite versus in a nightclub where sustenance is unavailable. The merchandise booth was also ready to go and loaded with signed copies of Above and Beyond’s latest album “Common Ground”.

After attending many Above and Beyond shows through the years at nightclubs like the defunct Roseland Ballroom, I found myself needing to adjust to the fact that they are simply too popular for any other venue to accommodate their huge fanbase. There aren’t many that can pull off a Sold Out show at Barclays.

After getting some beverages we settled in to our section. If you’re wondering if anyone actually sits in their assigned seats the answer is; mostly yes. I’ve been to Barclays Center several times, but mainly for live bands which is a slightly different vibe than a DJ or dance music act. Purchasing GA floor tickets is ideal for those that find it awkward to remain seated at a dance music event. Personally, I don’t feel it makes the music any less enjoyable. If you want to get down in your section, you can just create your own dance floor in whatever space you see fit. The crowd in the upper section did just that. They could be found stomping it out in the first row near the banisters, or in the hallway leading up to their sections. Some just rocked out in their seating areas or just put on a mean head bob while lounging.

We arrived to our seats just in time for the first act. The show kicked off with Yotto on the decks. He dropped a nice warmup set while the crowd began to arrive. I know what Yotto is capable of when it comes to throwing down the beats so you can tell he was exercising self-restraint due to the early slot. The acoustics in the upper rows were pretty bassy as the sounds bounced around the stadium. By the time Andrew Bayer took over the decks the venue was getting really packed. Bayer dropped some groovy progressive trance tracks and then he dabbled in the classics. He also dropped his own remix of Push’s “Strange World”.

Above and Beyond didn’t fail to impress. After hearing their latest album “Common Ground” I assumed they’d be playing a lot of vocals selections from the album. They actually kicked their set off with a ton of instrumentals, and bangin’ bass lines. Into the second hour of their set they whipped out the tracks from “Common Ground”. Without a doubt they also dropped crowd favorites like “Sun & Moon” featuring the vocals of Richard Bedford and signature classic under their Oceanlab moniker “Satellite”, while the audience joined in on the sing-along to the vocals of Justine Suissa.

The grand finale was simply magical with an explosion of lights and confetti. As the night came to a close and the venue kicked the lights on we heard a few second tease of what could have been an additional encore, but that’s all it was. Perhaps time did not permit with the venue shutting down at 12:30am. It was a great night. You could tell by the thousands of smiling faces that were being ushered out of the venue. I wonder what Above and Beyond will have up their sleeve for their next visit. 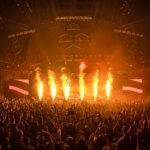 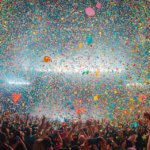 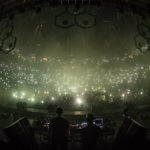