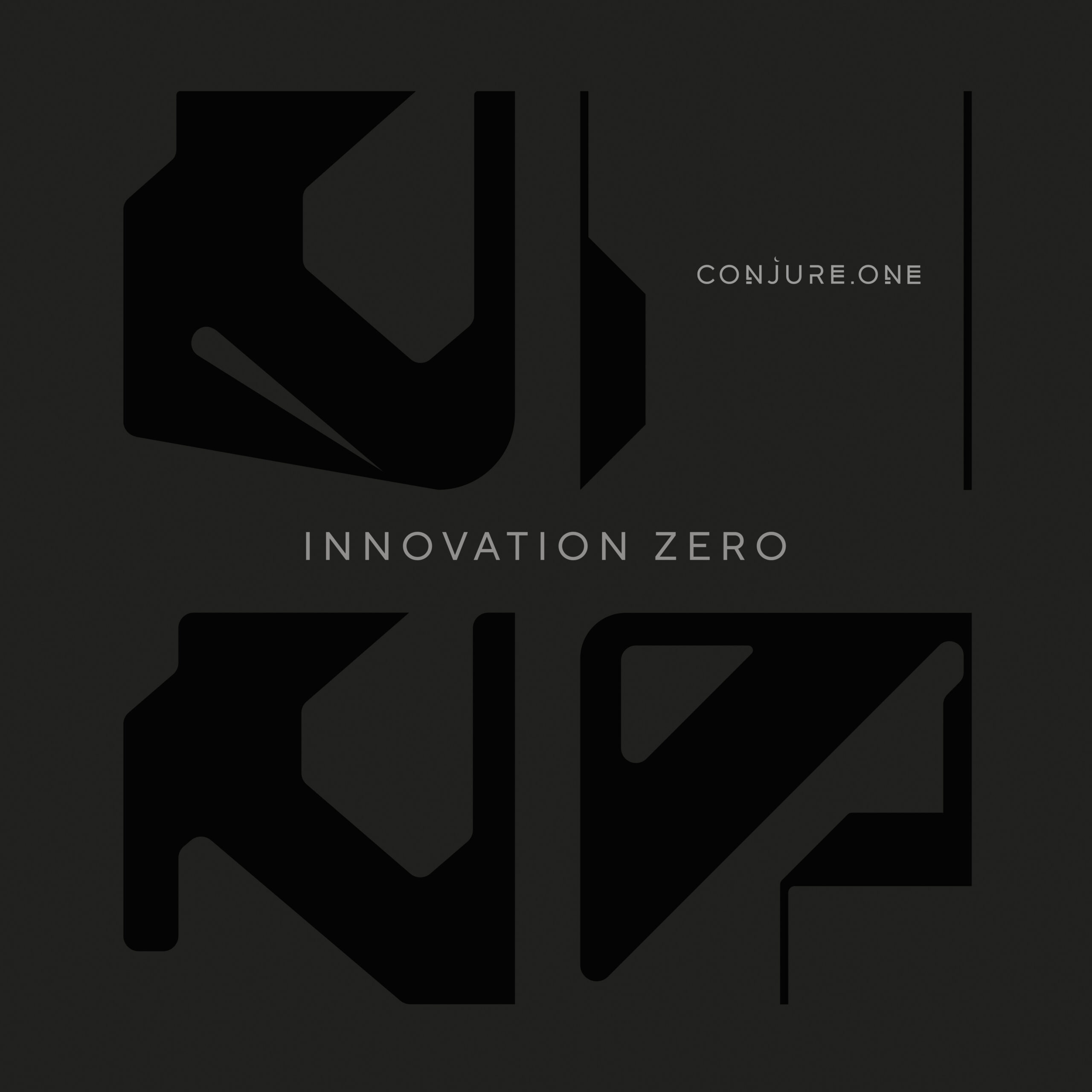 2022 marks two decades since Rhys Fulber took his studio life beyond the realms of Delerium, with the self-titled LP, ‘Conjure One’. Since, his longplayers under the name have been near clockwork in their timing and consistency. Through LP milestones like ‘Extraordinary Ways’, ‘Exilarch’ & ‘Holoscenic’, every five years or so he’s given discerning electronic music lovers something to listen to… and plenty to immerse in.

While ‘Innovation Zero’s title is somewhat ironically self-deprecating, what cannot be denied is that Rhys found his niche in the downtempo arts. With next to no regard for clubfloors and a focus dialled into sumptuous mood & sonic tapestry, the Fulber you knew then is very much the one you have today.

Across ten atmospherically-charged numbers, Conjure One places mood, ambiance and character before all else. With joined-up lyric writing from a small but dedicated cohort of vocalists, and technique, style & production system beyond measure, the thinking person’s music maker has done it again.

Reasonably enough, the album opens with its first two singles. Between the mellow and measured drama of the Jaren sung ‘Animals’ and Jeza’s spine-tingling linger on ‘Wolves at the Door’, the vocalists cast the shadows long over ‘Innovation Zero’.

Throughout, Jeza demonstrably proves to be a vocal muse for Rhys. Across its number, the UK-born/US-based singer haunts up a storm on no less than five of its tracks. ‘Signs of Life’ and ‘Future Sight’ ably balance crystal clear lyrical lines with more opaquely metaphorical ones – seeding a curious sense of optimism into its tonal melancholia. Conversely, ‘Hide’ and ‘Wheels Come Off’ wear their life-worn experiences high up on their sleeve. After ‘Animals’, the extraordinary range of Jaren’s instantly recognisable and much-loved voice makes a second appearance. At ‘Innovation Zero’s midpoint, she wrestles hope from despair with ‘I Don’t Want To Go There’.

In its latter stages, the album travels on to more instrumental pastures. ‘Abkhazia’ dreamily loops an eastern harmony over its downtempo breaks – becoming nothing less than hypnotic over its runtime. In similar style, Leah Randi contributes her vocal tones to the majestic ‘Flood Tide’, while the album’s glacially paced and cinematically styled title track dénouement gives ‘Innovation Zero’ its perfect swansong.

Mixing ambient atmospheres with fractions of electronica and shades of breaks & progressive, once heard, the evocations of Conjure One’s fifth longplayer will not soon be forgotten. It arrives today and is available through all good sales and streaming sites.