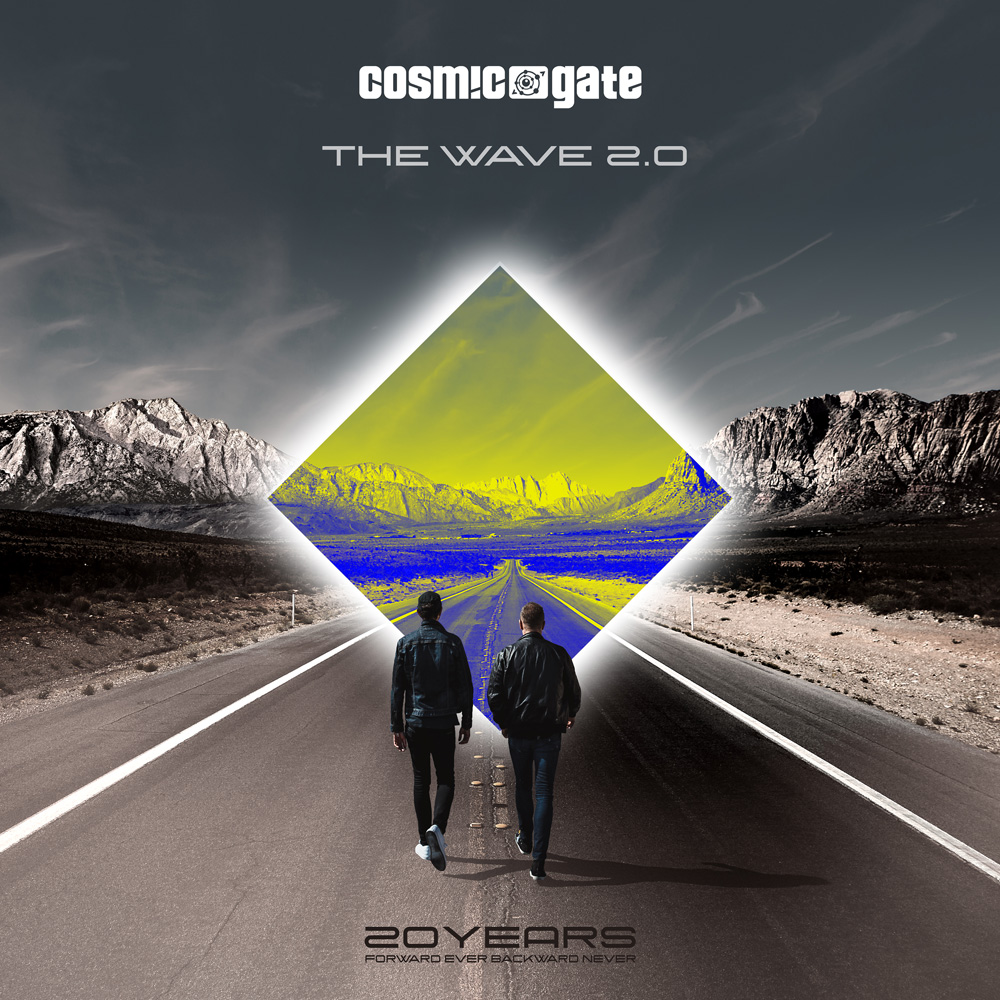 Now here’s one you may have heard before… Or for that matter maybe not, as within Cosmic Gate’s oeuvre, ‘The Wave’ is considered more ‘in-the-know’ than a CG ‘classic’ or ‘anthem’ in their conventional sense.

Never re-released, never covered and – extraordinarily – not remixed since its original 2003 outing, over time it’s become – as Bossi observes – “something of a DJs’ favourite. It’s the one we always get asked ‘can we remix it?’ but for some reason or other the timing’s never been right”. “So, picks up Nic Chagall, when it came time for ‘20 Years [Forward Ever Backward Never]’s production we said – come what may – ‘The Wave’ has to play its part.

It is also a track that – for reasons big and small – Cosmic Gate feel particularly close to, so the duo elected to keep it in-house and address it themselves. ‘The Wave 2.0’ isn’t a renovation, reboot, overhaul or anything quite so easy to put a pin in. It is – as Nic says “how the track would sound if it was first produced it 2019. So inevitably there are parts, aspects, FX, etc that came out and other elements developed alongside its new arrangement, which came in to individualize it.

Next to its 2003 model, ‘2.0’ cuts an unmistakable cooler profile. Curtailing the tempo, Nic & Bossi have phrased its 303 in a different manner, leaving it with a leaner, more progressive feel at its outset. Its bass is still plenty tenacious though and its beats maintain their distinctive march, while at its peak it pivots to give it a barbarous, industrial-strength, distortion-laden tech texture.

With the release of ’20 Years [Forward Ever Backward Never]’ moving ever closer (out 08.23), this is ‘The Wave’ (available today – that’s going to take you there!