Exclusive interview with Christopher Lawrence (Dark Side feature) for TranceSound.net 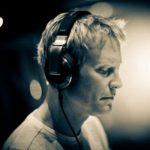 Exclusive interview with Christopher Lawrence (Dark Side feature) for TranceSound.net

Chris is still one of the best Djs out there, never-the-less. You say Christopher Lawrence and you already know that you are in for a treat, knowing and remembering the great productions he already has under his belt. Nowadays, he is still doing that, plus, running his own label and still being very active in the Psy-Tech-Trance Underground scene, with various gigs around the world, especially Americas.

1. Hi Chris, how’s everything ? It has been a while since our last interview.

Christopher Lawrence: It’s going great, thanks. Crazy busy but that is a good thing.

2. I am assuming the past few months have been the most active time in your career thus far; studio works, touring, especially the weekend in Argentina by the end of April. I have seen some photos from both events, loved it!

Christopher Lawrence: It has been an exhausting few months but I am grateful for the shows I have been playing and the support my releases have been getting. Every year it seems like I have to work even harder than ever when you combine all the different parts including running my labels Pharmacy and Pharmacy Plus, social media, production and touring. Events like the ones in Argentina make it all worth while. As you have seen from the pictures, Argentina has some of the best and craziest music lovers in the world.

3. Your very first installment of “Dark Side” is due to be released on the 28th of this month. Besides a mixture of progressive house and Psy-Trance, is there anything we should know about?

Christopher Lawrence: Both mixes progress just like my sets, building from deep and dark. As the journey progresses the tempo and energy build giving rise to the emotional release felt on the dance floor as the set climaxes. With this mix I go back to my roots of progressive house. When I first started DJing, the genres all blended together and my sets were composed of tracks that would later be described as progressive house, trance and techno. With part one of this mix, titled Open, I get back to those progressive roots and if you have ever experienced one of my Open to Close sets you will recognize the slower measured pace with which my sets begin. I have tried to faithfully capture that sound with this mix. Mix two, titled Close, captures the energy and power of my set at the close of the night going from progressive Psy to full on.

4. With this new compilation, are you somehow going back to your 1994 Metamorphosis mix-tape Progressive House/Trance sound of some sort?

Christopher Lawrence: In a way, yes. However the music has progressed since then but that is the idea behind it. To once again play a musical journey that is not restricted by genres. I love everything from house to techno to psy but even I don’t want to hear just one sound all night long and I think that is true for people on the dance floor. I appreciate when there is a progression to the night whether it is one DJ or a variety of DJs.

5. What was the most difficult track on the compilation to mix or put together and why? It must be that one track that is not on the same key and bpm, but someone like yourselves can make it happen thou 🙂

Christopher Lawrence: Hahahaha! That is a brilliant question and one I am happy to answer because there was a track that I really struggled with. Putting a mix together is like a jigsaw puzzle, especially when the tracks have to be licensed from other labels. You have to work with the tracks you have. It’s not possible to just pick another track and put it in. I end up basically remixing every track to make the mixes sound the best they can but one track, Dark Heart by Paul Thomas & White-Akre, stood out from the rest. Not only did I re-edit the beginning to get it to mix well with Rina by Th;en & Starkato, but I had to use three versions of the track to make the key it is in sound good in the mix. I had to use rhythmic, polyphonic and varispeed versions of the track because the different time stretching algorithms effected the sound of the track differently and I wanted the mix to sound effortless. It was an day of frustration but in the end it was worth it.

6. Production-wise, it has been good to go from working with the guys that are your friends, who you’ve had long-standing relationships with, like Fergie & Sadrian on “Ajna,” to everyone else trying to get at you, like No Comment on “Horizon”

Christopher Lawrence: I enjoy doing collaborations. I find it way more enjoyable to work in the studio with friends than to sit in my studio by myself. I have been working with Fergie & Sadrian for years and we have become great friends. The same is true of Yaniv Gabay who produces as Orpheus and is one half of No Comment. I have recently done a fantastic collaboration with Synfonic titled The Gaia Principle that comes out the end of June. There will also be another Fergie & Sadrian collaboration that we did when I was just down in Buenos Aires.

7. Outside Pharmacy Music, now that you’ve worked with some of your top notch producers, who are some other dream collaborations? Anything in the making?

Christopher Lawrence: I would love to work with Sonic Species. I know I talk about him a lot but he is my favorite producer. Liquid Soul, X-Noize, Avalon and Spinal Fusion are all artists I would like to work with. Upcoming I have collaborations with Synfonic and Fergie & Sadrian. John Fleming and I started a track the last time he was out in Los Angeles which we will finish up the next time we are together. It is shaping up to be a great year on the production front.

Christopher Lawrence: One of the things I am most excited about is the Pharmacy branded nights. We have our first Pharma-Psy night launching the 2nd of June in Costa Mesa which is just south of Los Angeles. Playing alongside me are Pharmacy artists Triceradrops and No Cliu. I am looking forward to expanding the Pharmacy branded nights to other cities where we can showcase the fantastic talent on the label.

9. Why the Opening Mix and Closing Mix criteria? Why not just simply Disc 1 and Disc 2 if I may ask? Wouldn’t open and close be an understatement of something in between, like a Middle Mix maybe? Are we missing the 3rd mix/disc perhaps? 🙂

Christopher Lawrence: I had to do the mixed part of the compilation in two mixes because there is a limit to how long a continuous mix can be for distribution online. I was looking at the two mixes and I thought calling them mix 1 and mix 2 was kind of boring. I was going to call them Progressive mix and Psy mix but that wasn’t totally accurate. Capturing the Open to Close vibe was a theme behind the mix so it made sense to call one side Open and one side Close, especially since the two different mixes fit those descriptions. But it does beg the question that there could be a middle mix between the opening and closing. It was too late to chop them into three mixes so we will have to wait until Dark Side Volume 2 for the three mix set 🙂

10. Along with you and almost all Pharmacy Music artists’ roster, it seems like everyone is coming out of USA or South America right now. What do you think about America’s Psy Tech-Trance scene?

Christopher Lawrence: I am so proud of the Pharmacy artist roster and the number of North American and South American based artists. For years Europeans have dominated the trance scene but that is evening out now with the new breed of Psy and Tech-Trance producers on this side the Atlantic. And it is not just producers, there are so many Psy trance parties kicking off around North America. This is a very exciting time for underground music in the US. Our Psy scene is growing in leaps and bounds. I have had artists playing at Dreamstate and EDC as well which is amazing. Like I said, I am very proud of my label and the fantastic artists that are pushing the new wave of underground trance. The dark is rising!