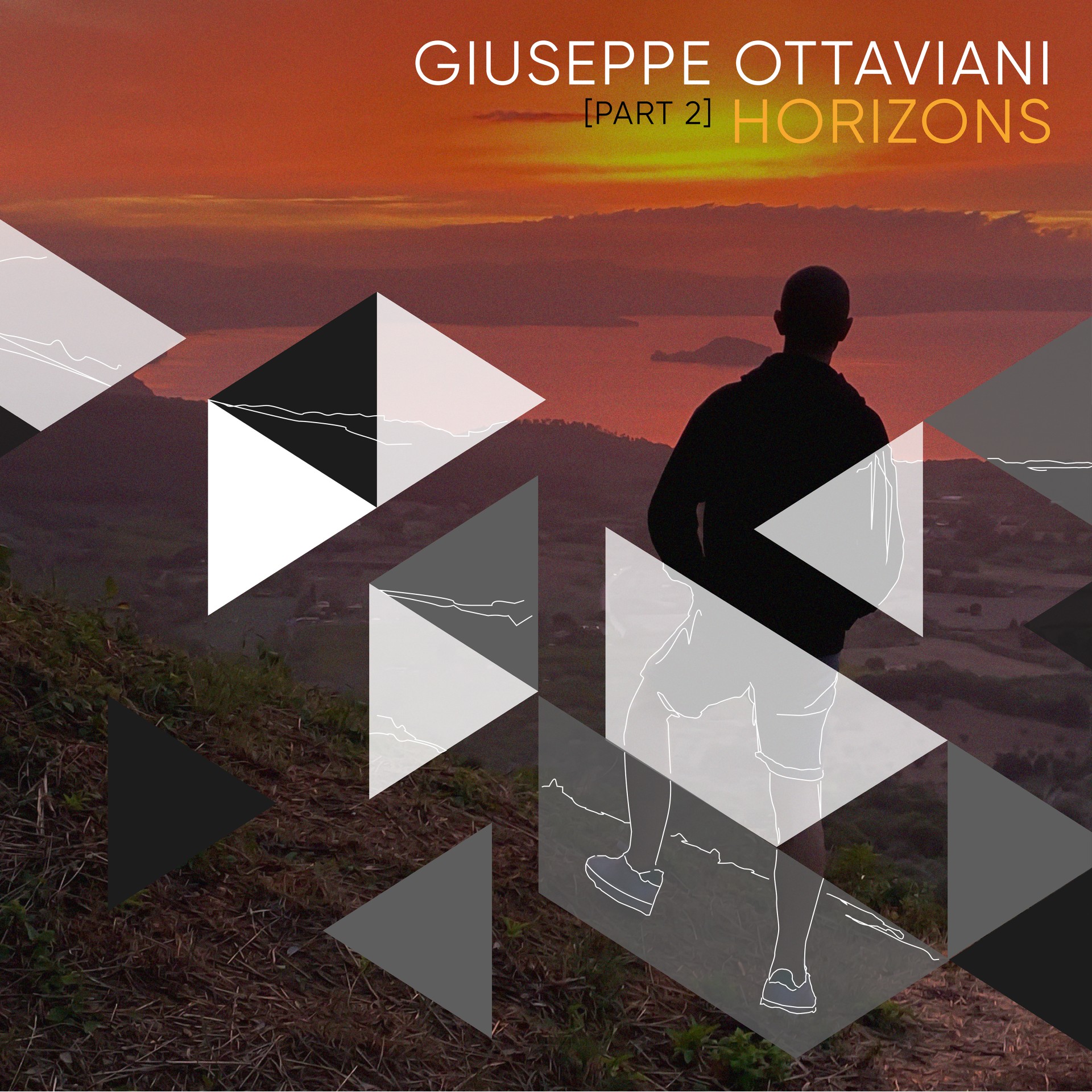 NOVEMBER 11 SEES THE ITALIAN PRODUCTION SUPREMO DELIVER THE SECOND PART OF HIS EPIC-IN-SIZE-AND-SCOPE 2022 PROJECT // THIS MONTH ALSO SEES BOTH PARTS OF ‘HORIZONS’ FULLY AVAILABLE ON VINYL, CD, STREAMING AND DIGITAL DOWNLOAD FOR THE FIRST TIME

When they take a new stylistic direction, it’s rare for the artists themselves to understate it. Giuseppe Ottaviani though sees the sea-change music that spans his two ‘Horizons’ albums as more a-moment-in-time “modification” to his sound … And not one that represents a permanent change. Nonetheless you’d be hard pressed to think of a producer within the last ten years who’s made quite such an audacious, remarkable and … well … ‘all-in’ musical leap as the Italian has…

It was lockdown that provided the initial inspirational gleaming for the non-club-centric nature of ‘Horizons’. Its get-go single was over a year ago though and it now feels like just the first of several inspirations, as opposed to its single guiding principle. To create an album that had a wholly different feel, the methodology of Giuseppe’s studio-craft naturally had to adapt. Perhaps even more challenging though, he also had to tap into a different breed of singer-songwriter in order to realise it. To do that, he searched for vocalists that were all-but unknown within the trance space. This in turn ensured that his own production hand was creatively forced, exploding any final music-making comfort zones that might exist.

In terms of the body of work he’s arrived with, you’d have to wonder if even Giuseppe himself realised exactly how evolutionary the end-product would be. From the ever-shifting emotions of Richard Walters’ turn on ‘Keep You Safe’, to the bleak-yet-beautiful ‘Won’t Matter Much’ with singer Treetalk, the album is unafraid to touch those deeper themes. That goes every bit as much for the stirring lament of ‘Bittersweet’, sung by Norway’s Katrine Stenbekk and the haunting, but never-less-than-intriguing ‘Silhouettes & Outlines’, lent voice by Jess Ball. New to the ear too are the instrumental cuts ‘Under Dark Skies’ and ‘Celsius’ which resound with Giuseppe’s studio boom, along with high-achieving harmonies and frequencies.

Of the album, and indeed ‘Horizons’ as a whole, Giuseppe commented that … “making this has been as satisfying as any major project I’ve undertaken. I’m delighted with how it turned out and I know there isn’t a single track across its eighteen that I won’t stand by in twenty years’ time. I knew there would be more of a challenge to making it … but looking back I’m not sure I anticipated to quite what degree. With some things in life though, it’s just better not to know!

Each track that reached completion I could hear sounded significantly different from anything I’d made before. That had a way of setting the artistic bar higher for each one that followed. One aspect I particularly love about ‘Horizons’ is that it has a single feel and vibe that runs creatively, vocally, lyrically, tonally and sonically through it. It is the most ‘complete’ album collection I’ve made, and I couldn’t have done it without the incredibly talented group of singers and songwriters that gathered for it.”

Giuseppe goes on to say that “as a sign of its ‘completeness’ perhaps, I’m delighted that not only will ‘Horizons’ as a whole be available through the usual digital channels, but also on CD and – in a first for a GO album – on a limited-edition double vinyl. I think this will give the most passionate followers of my work a truly special physical item with which to enjoy what I think is a truly special collection of music.”

The second part of ‘Horizons’ has arrived to warm up your autumn, as Giuseppe Ottaviani’s outstanding 2022 album project resolves on November 11. You can pre-order or save it now.