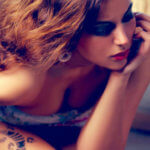 With a promising career and so much to give to EDM (Electronic Dance Music) and EMI (Electronic Music Industry) as a whole, Jwaydan Moyine also very well known as Jwaydan from her collaboration with the best Egyptian export, Aly & Fila, she is here to stay. During this amazing exclusive interview, I have learned that she has a huge potential to become a good asset for the Vocal Trance lovers alike. Highly recommended by all EDM heads out there, she has a good potential to be a part of what we all love the most, her “angelic sound-a-like” merged with an acoustic piano and a bit of cello sound – something that she is good at – might turn herself into a good PA (performing artist). Just imagine that… You should read the interview to make your own judgement of what I am on about.

1. Just to give everyone some insight on your personal background – you were born and raised in London, UK and you have had a long and distinguished career as a musician and writer, but as well doing some charity work. Also you are one of the fund raiser for children in distress who are victims in Romania. As far as your work in social and community activism, what would you say were some of the driving forces that ultimately led you down that path?

Jwaydan Moyine: Well I think ultimately, what you do as an artist can only be fulfilled if you truly give back to people, not just in terms of what you write, but also being very aware of issues occurring around the world, may it be political or whatever else, and for me part of the process of giving back is being actively involved with specific charities such as this one in Romania. It’s a great honour for me and I believe anyone to feel they can make a difference in anyone’s life, and perhaps that’s the biggest joy & excitement of being an artist, knowing you can make a small yet still significant difference.

2. A lot of EDM heads came to know you following your hugely successful “We Control the Sunlight” along the best Egyptian export Aly & Fila this year. However, you have a long history in music which far predates your exploits as a major label artist. For anyone that may not know the full story, what were some of the events that led up to you dropping “We Control the Sunlight” ?

Jwaydan Moyine: Well I think I expressed a few times how I never really considered myself a singer, I graduated recently with a degree in classical music, training as a pianist & classical composer and I fully intended to go into film music, but taking an interest in the EDM scene opened a lot of new doors for me, it was originally just meant to be a bit of fun, but turned into something very serious and it’s a refreshing change to be part of the dance scene after all the years of studying classical music. I definitely never expected WCTS to become so well known, so I’m glad I tried something new to what I’m use to!

3. It goes without saying that vocalists such as yourself, JES, Tiff Lacey, Kirsty Hawkshaw, Susana and Jennifer Rene were overwhelmingly instrumental in bringing Trance & Progressive to the forefront of the EMI scene. In your own personal view, was it the talent that drove the movement, or were there other elements to it as well ?

Jwaydan Moyine: I think the fact I trained as a composer, and was educated to write all my ideas independently since a while has made a huge difference in terms of how well I can shape any tracks I release with my name on them. People always say music is not something that can be taught, and they are right, it comes naturally to some, but I think having a musical education has allowed me to have a lot more control and be more involved with the collabs I do rather than just putting my vocals to something that I didn’t create which I would actually never allow. I think singers need to feel what they are singing about, and the best way to do that is by writing everything yourself.

4. When we look at today’s EDM, you can easily sense the importance of a (fe)male vocalist in order to create a pure anthem. With that being said, what do you reckon it’s missing to recreate another all time favorite such as “Gabriel & Dresden feat. JES presents Motorcycle – As the Rush Comes” ? As far as I am concerned this is the only EDM track being played and advertised to other masses outside EMI. Therefore we need another track as good as this to maintain and preserve the importance of the music we all love, to avoid loosing an era of electronic music as we know it ?

Jwaydan Moyine: I think that there always needs to be progression in any genre in order to keep it fresh and appealing to audiences around the world, and the reason EDM has spread recently is because of this fusion of trance and house and house and pop, however saying that, there are many loyal trance fans out there that are not so enthusiastic about this combining of genres and that are perfectly happy with an old school uplifting trance track e.g wcts haha, I think its about maintaining the authenticity in the music but not being afraid to experiment a little the way artists like Mat Zo & Arty are for example. There are some great producers out there pushing the boundaries. And yes vocals for sure are essential on any track destined to become a hit, because vocals give people something to relate to and sing along to.

5. Aside from electronic music, you are also well known for your role in other type of music. You presently have your own image that describes you the most, being an avid piano and cello player. Good for you, I reckon this paved your success within a new music spectrum and not only. Would you share some info with our readers in relation to your music on how the life of Jwaydan was before being a part of today’s EMI ?

Jwaydan Moyine: It was pretty much all Beethoven, Chopin, Stravinsky, Mozart, Bach etc, 2 hours of piano practice a day, lots of classical music festivals to attend & perform at which I never really enjoyed haha. I was involved briefly in the world of commercial music writing for artists such as Plan B, Chipmunk and Westlife but as a song writer, you get next to no credit for the songs you turn out, which also let me away from the idea of being a film composer and made me consider singing on my own tracks rather than just feeding the ideas to other artists. 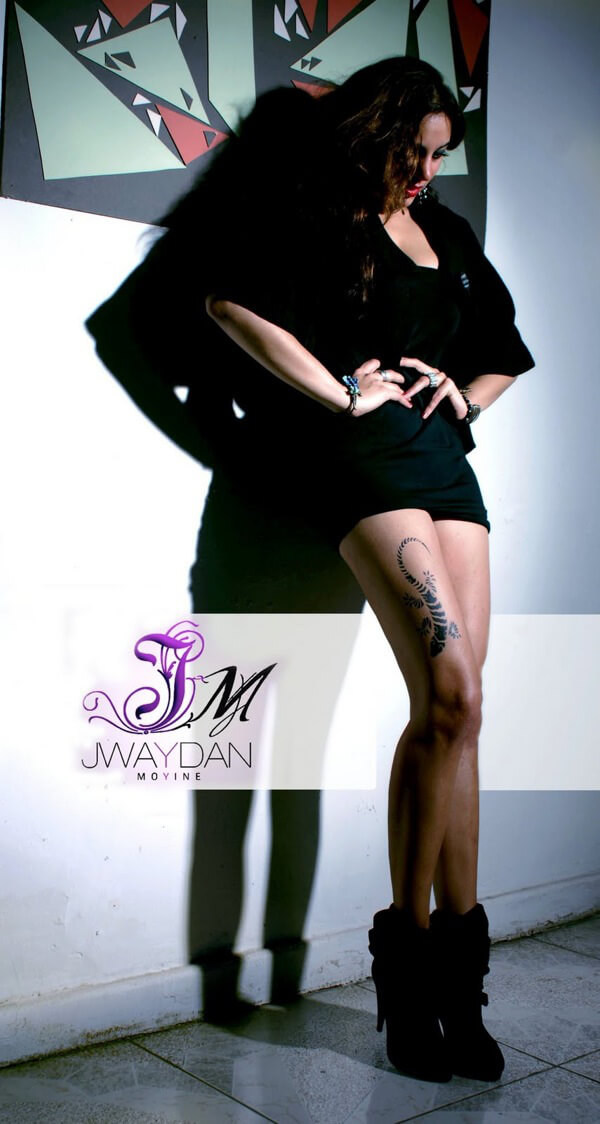 6. One of the most striking things about your career has been your willingness to try new things and adapt to a variety of circumstances. How important has that type of approach been in actualizing your success?

Jwaydan Moyine: I think that, as difficult as it is to establish yourself with a style that people can identify you and your music with, eventually you need to try new things as well to keep people’s attention and interest, since it’s the entertainment business after all, and the music scene is very uncertain and trends come and go quickly, although it is of course important to stay true to yourself and the people that follow you. But I am not keen on being put in the ‘trance vocalist’ category as I want my followers to appreciate I come from a varied musical background and am definitely willing to try any genre if I see potential in it.

7. So generally you weren’t doing anything that was out of the ordinary, it was just something that you followed suit into because that is what made perfect sense at the time?

Jwaydan Moyine: No it was definitely out of the ordinary for me because I was never brought up with artists such as MJ and other pop stars the way most teenagers were, and I developed a taste for this music only around the age of 17 so developing a sudden taste for EDM was definitely unexpected.

8. When it comes to Jwaydan, what else should all the fans be looking out for?

Jwaydan Moyine: Well firstly, I like to entertain people and I feel very connected with the people that support me and they do mean a lot to me so I hope they can accept anything artistic I express at the end of the day be it music, music videos, live shows etc, its not just about music to me its about creating a world that people can enter and become comfortable and familiar with. So I’d say look out for any contrasts between what I’m doing now, and what I will be doing later, change is also important to me and I want everyone to follow that change and keep giving me feedback on what they think.

9. Lyrically, what are you primarily focused on? Obviously there is a love element to your music, also a “glimpse of heaven” kind of feeling too and fans can check that out on tracks such as “Untouchable” with Tom Fall or else “Sing with you” – being added on Pedro del Mar’s Mellomania compilation – but as far as other topics, what can someone expect to hear when they listen to your music?

Jwaydan Moyine: A lot of emotion, definitely as far as the trance stuff is concerned, I like touching on issues such as identity, dreams and expectations of ourselves we fight to fulfill. As long as people can connect, relate and identify with what I’m singing about then great! I would like to eventually make tracks which people can also go out and party hard to and have fun with though. Something to look out for in the future!

10. In your view, what would the average listener, perhaps someone that listened your other type of music, who is not familiar with your electronic music sound, get from your latest collaborations?

Jwaydan Moyine: I think that EDM tends to take ideas to a new level, it puts a lot more energy and life into the music in some respects, and part of the fun of me writing an acoustic song, is hearing its energy lifted by the crazy electronic dance beats and synthesizers supporting it. Some people prefer the acoustic stuff, some prefer the dance music so there’s variation for everyone I guess, but I’ve introduced a few of my friends to trance and their reaction was something a bit like ‘woooooow oh my god wow’! haha.

11. As far as current projects, what should the fans be looking out for?

Jwaydan Moyine: For now, a few more trance collaborations, all with guys who are very different to one another and who are widely known in the trance world and outside of it as well.

12. Do you have any final words for the readers of TranceSound.net ?

Jwaydan Moyine: I hope that the interview has given people more insight to what I do and what I intend to do and thank you very much to anyone who takes the time out to read! Much appreciate! And thank you for the wonderful interview questions