Markus Schulz and Smiley presents The Dreamers on Cat Music 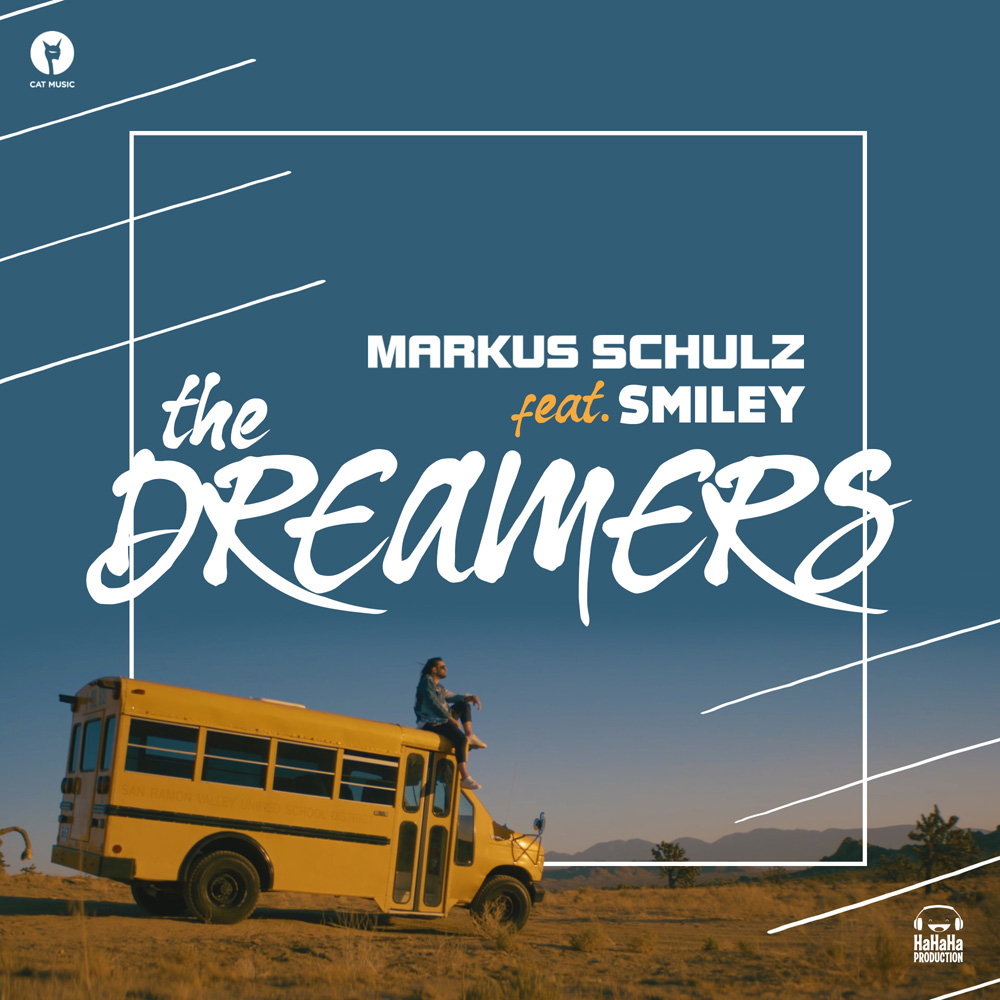 Markus Schulz and Smiley presents The Dreamers on Cat Music

There’s little Markus Schulz likes more than a challenge and little the musicmaker, DJ & of-late songwriter likes less than a comfort zone! In keeping, for his next single he’s connected with a vocalist far removed from the electronic music quarter. Originally seeing the light on ‘We Are The Light’ – Markus’s fall-2018-released LP, ‘The Dreamers’ is a production that finds Schulz establishing an alchemic connection with singer/songwriter Smiley. Bringing fresh house & trance takes from Paul Damixie & Schulz himself, alongside a premiering-today reality-escaping official video,‘The Dreamers’ is a flyaway classic-in-the-making for the committedly carefree!

Now when we say Smiley’s a “singer/songwriter”, we might not be giving the Romanian hyperstar quite his due. He is after all a man you could call – without much fear of argument – the leading light of the Romanian music scene. Smiley’s the longest serving coach on Romania’s The Voice; co-presents Romania’s Got Talent; wakes up to a wall full of platinum (discs) and – *deep breath* – his most recent album, ‘#Confession’, hit 175 million YouTube views the other week. An entertainment polymath of 20 years standing, with charisma to burn (and whose artist name pretty much says it all), his artistic connection with Schulz was instantaneous.

For ‘The Dreamers’ single package, Markus brings a suite of new interpretations to its April 12 release. On his Extended Mix, he gathers all the elements that ignited the album version and takes them to their natural conclusion. Smiley’s longing verses assume an even more reflective tone, while the Romanian’s elevating chorus – backed by Markus’s strummed, acoustically-flecked guitars and rousing key changes, stamp it ‘S’ for Summer.

Assuming evermore-clubby forms, through its new Festival and In Bloom reworks, Markus brilliantly ushers his ‘Dreamers’ into the night. Across the two mixes he loads the dice with freighted bass, undulating chords & electro-like accents before trancey synths & chords serve the mixes’ their primetime soar.

Tying up the package, through his rework Paul Damixie swings ‘The Dreamers’ back around to their origin point. Giving it all-day-play appeal, he cools its tempo, applies some trop house sway and, with his breezy harmonicas, sends Markus & Smiley’s ‘Dreamers’ to the beach.

For those that like to fly, ‘The Dreamers’ is out now – listen/download/dream here (http://markusschulz.choons.at/thedreamers). ‘The Dreamers’ official vid also premieres today. You can a catch Markus, Smiley & Co dreaming their way into the desert in, really, the coolest bus of year now.