Returning to the city where it all began, Gareth Emery is bringing Laserface back in all its glory to the flagship location of New York City. This time around celebrating enhanced lasers, new technology, and fresh music including his upcoming […]

Revolution is Eris’ monthly progressive & trance event, but this one is a special event. On Saturday, April 13th, 2019, we host our annual Monsters’ Ball, a charity rave benefitting suicide prevention. 100% of net proceeds from your ticket will be donated to Crisis Text Line, a New York-based 501(c)(3) charity that is basically the text message version suicide hotline.

Last Saturday fans gathered on a drizzly evening to attend the Brooklyn stop of Tourist’s North American Tour. We were met with a line of eager attendees that went all the way down block. As we entered Gilligan Moss was […] 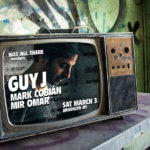 “Not All There” recently announced the venue where the highly anticipated performance featuring Guy J will be held. They are bringing the party to Lot45 in Bushwick. Guy’s previous New York performance have been nothing short of stellar so this is sure to be a good one.

Above and Beyond Common Ground Tour at Barclays Center + Giveaway 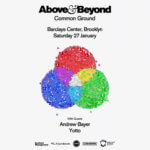 Above and Beyond make a stop in Brooklyn on their Common Ground tour at Barclays Center on Saturday January 27th, 2017 for their biggest show in New York City yet. Special guests Andrew Bayer and Yotto are joining them for this special performance.

NYC Nightlife Veteran Eddie Dean Secures Winning Bid For Verboten Brooklyn, July 19, 2016 – Eddie Dean entered in a winning bid of $1.2 million for the purchase of the lease for the premises located at 54 North 11th Street, Brooklyn, NY in […] 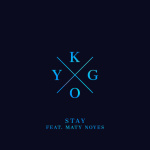 One year on from the release of ‘Firestone’, Kygo today celebrates the anniversary of his biggest hit to date with the unveiling of his new single, ‘Stay’ featuring Maty Noyes.

Out now via Sony/Ultra Music, ‘Stay’ is everything we have come to expect and more from a Kygo release