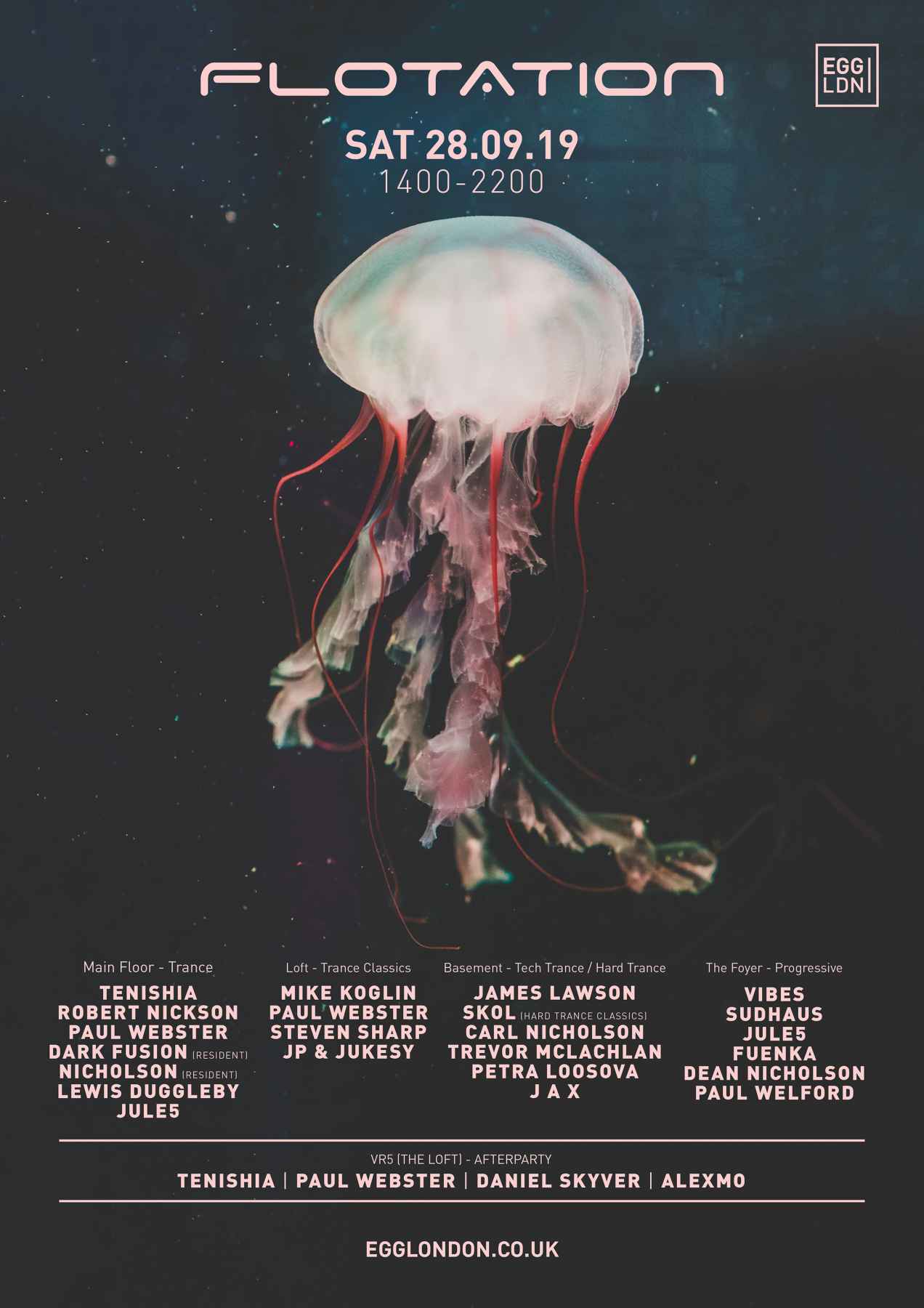 After a small hiatus ‘Flotation’ is back for a trio of genre defying events leading us up to the end of 2019, and our first sets us off with a very Big Bang indeed. Heading up our lineup for our September event we have 5 times voted in to the DJ Mag top 100 poll progressive trance stalwart ‘Tenishia’. ‘Tenishia’ has performed the world over at some of the biggest festivals and club nights the world has to offer, including Tomorrowland, Ultra and has tracks on Armin’s ‘Armada Captivating’ plus a whole host of others to boot, and we can’t wait for him to light up the floor at Flotation.

Next up we have the legendary ‘Robert Nickson’, when it comes to progressive Trance this man certainly needs no introduction, with huge tracks on Solarstone’s ‘Pure Trance’ imprint including many Beatport top 10 hits, and a tour diary reaching from South California to Buenos Aires at world renowned brands such as Dreamstate & Luminosity, Robert will no doubt be stamping his mark all over our crowd and we can’t wait.

After our progressive picks, we obviously needed to keep with the programme plus up the tempo and what a man to ensue these proceedings than ‘Paul Webster’. With a tech trance catalogue as long as your arm on some of the biggest 138 & progressive labels the world has to offer including ‘Who’s afraid of 138?’ & ‘FSOE’, Paul have carved out an establishment that is second to none that translates to the hefty tour diary that has seen him play at Luminosity, Cream Ibiza & many others.

Finally but certainly not least we have legendary Grammy nominated Trance producer ‘Mike Koglin’. Mike has been a permanent fixture of the scene since his 1998 dance floor smash ‘The Silence’ and has toured the world over on more than a few occasions. His tracks have found place on heavyweight Trance imprints such as Anunjabeats, Armada & Perfecto, and we really can’t wait for him to unleash that inimitable Koglin style on the Flotation faithful.

So, as you can see, the above coupled with our main floor residents Dark Fusion & Nicholson who will of course be upping the tension, makes for a bit of a perfect storm. And with a whole plethora of other world class artists to be announced shortly, ‘Flotation’ once again proves that it’s with out doubt a force to be reckoned with by simply injecting a bit of imagination to raise the bar. 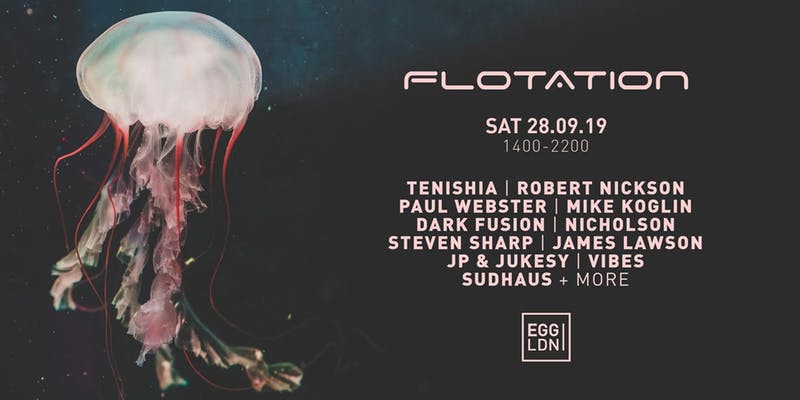 Times: 2pm-10pm
Tickets: Advance tickets from £10; Student Members £10 from Eventbrite and more on the door.

Egg London is a strictly 19+ venue. Club scan is now installed in the venue at the front door, which means everyone attending Egg must have a valid form of photo ID to present to be scanned on entry. The accepted forms of ID are: unexpired passport, driving license, provisional driving license, photo cards featuring the pass hologram. Photocopies, photos or screenshots of IDs are not accepted.