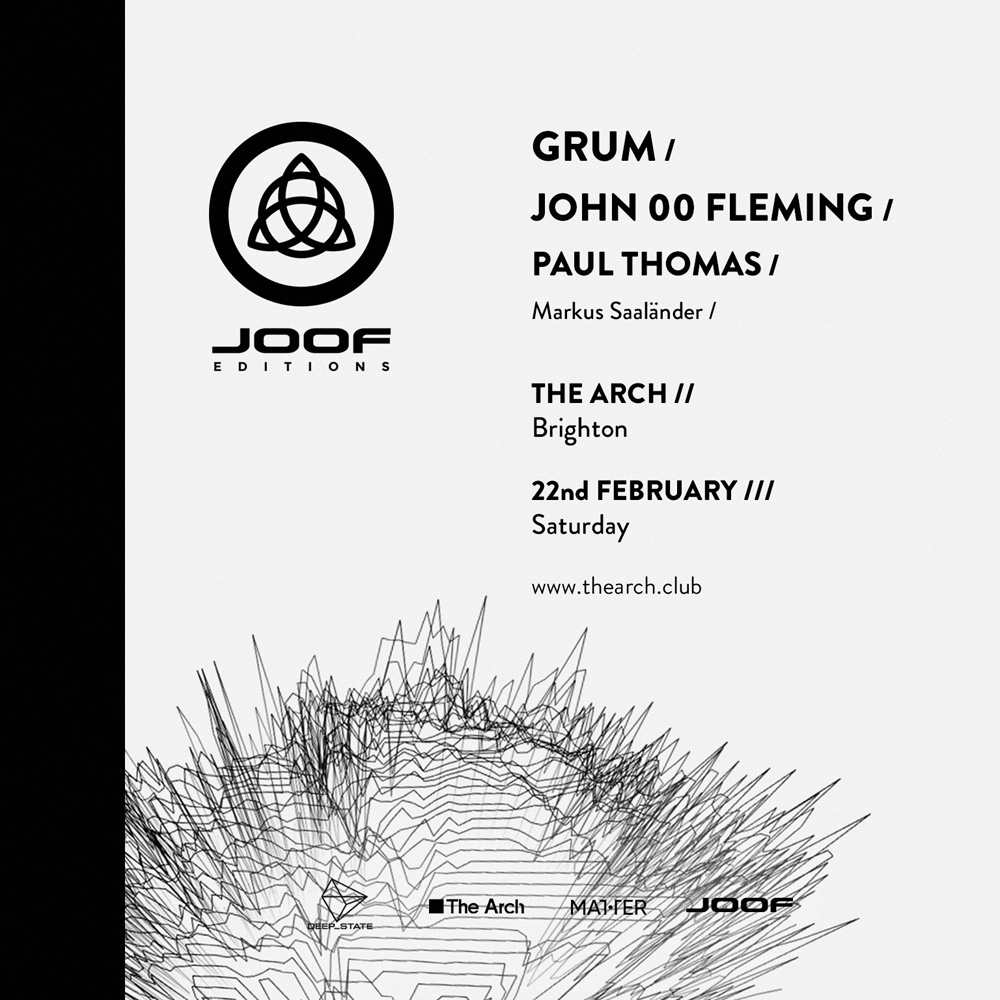 Kicking off the new decade with the announcement of his next major Editions show, John 00 Fleming brings some all-important 20/20 to 2020!

John’s longstanding mission to parachute the world’s most critically applauded DJs into JOOF’s spiritual (and actual!) heartland has been running strong for 18 years now. It’s one that most recently saw Argentinian hero Hernan Catteneo spin his first south coast show there in over a decade. Come Feb 22 a DJ who’s frankly been on everyone’s lips over the last 12 months will make the journey down from Scotland to JOOF’s home-hub to showcase his singular sound. The scene’s single biggest breakout over the course of 2019 (turbo-charged by his killer ‘Deep State’ album), Grum will part the (sound)waves on Brighton’s seafront at the The Arch venue.

On the night deck skills will also be on show from another of 2019’s most prodigious. That man Paul Thomas will be heading down to ‘London-on-Sea’ to throw some UV shades onto the Editions proceedings. Brighton will also be getting a taste of Berlin too, with ex-pat Markus Saalander supplying some of the technotically dark n driving stuff front end of the night. Naturally it’ll be another welcome opportunity to catch John 00 bringing his music-without-borders sonic to the hometown acquainted – something no dance lover worth their (sea)salt will want to miss.

On announcing his first live Editions of the new decade, John says: “few things give me greater pleasure than welcoming fellow DJs that I have great personal admiration for to play at Brighton’s Editions events. Grum, Paul and Markus are all that and I – as you – should anticipate a night like no other!!”

Tickets for the JOOF Editions Feb 22 show at The Arch on are available now. Head here to secure you entry, and while you’re about it, why not soundtrack it by catching a listen to John’s 001 episode of his new JOOF Radio broadcast!